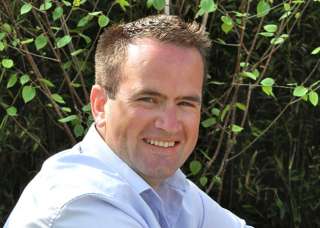 If you are interested in garden and landscape design or are a garden enthusiast, we will keep you up-to-date with events and information.  Join the GLDA family!

James Comiskey started his horticultural career at thirteen years old in his first summer job with Bord na Móna. He then gained invaluable experience with landscaping companies during the rest of his summer holidays as a teenager and during his time at University College Dublin.

This practical hands on experience gave him a unique grounding as a landscape architect. After graduation James took up a position with Ketch Landscape Architects. Within three months James was promoted to the role as production manager. As part of various multi-disciplinary design teams throughout Ireland, two projects of note that James was involved in were Dunboy Castle and Hotel Europe. Dunboy Castle was set to be Ireland’s first six-star hotel and was the largest restoration project of its type ever undertaken in Europe.

In 2010 James founded About Your Garden, offering turnkey landscape design and construction services to the private domestic market. As his reputation grew projects became larger and more complicated resulting in the requirement of input from external contractors. James has also experienced a growing demand for specialist services from invasive species remediation to landscape design reports in support of various commercial and residential planning applications. This has resulted in a more collaborative approach in recent years with other companies to deliver exceptional outdoor spaces.

James is the only Irish landscape designer awarded a Silver Gilt Award from the RHS at BBC Gardeners World Live.
He was also the recipient of a Bronze Medal at Bloom in the Park in both 2009 and 2011.

About Your Garden came highly recommended by Bright Design Architects who I worked with in the past. From the initial quote to planning and then re-planning our design, James was confident he could deliver and was very accommodating to our needs and budget. Once a date was selected and the materials were delivered, James and his team went straight to work. In just a few weeks our backyard was transformed from a hilly, muddy mess to a flat, artificial grass lawn with a beautiful planted raised beds and granite patio areas. We have received many compliments on the transformation and are planning on using them again for our next project. We made the right choice!

We have had the pleasure on working with About Your Garden on a city centre front and back garden project. From day 1 James took on board the brief and budget and delivered a great fit for purpose result. It has transformed how our family uses the limited space at our disposal and we are truly grateful for his super work. James is very easy to work with and delivers exceptional results and I would have no hesitation in recommending James and AYG to any contacts in the future.

We have referred James from About Your Garden on several projects. These included private residential garden designs and advice in relation to invasive weeds. At all times James has provided a prompt response and a reliable service. His advice is considered and to the point while his knowledge of plants is extensive. In relation to design he is able to create simple schemes that compliment the house and maximise the setting or orientation. He also has a very grounded idea of the value that clients expect and budget is always a primary consideration. On this basis we would have no reservations in recommending James for similar residential garden design and landscaping works.